One of the most popular feature requests we get is the ability to block nuisance callers. They really can be annoying, can’t they? Particularly if you’re trying to focus on something really important!

Well, the good news is that call blocking is now available! 🙂

From there you can block: 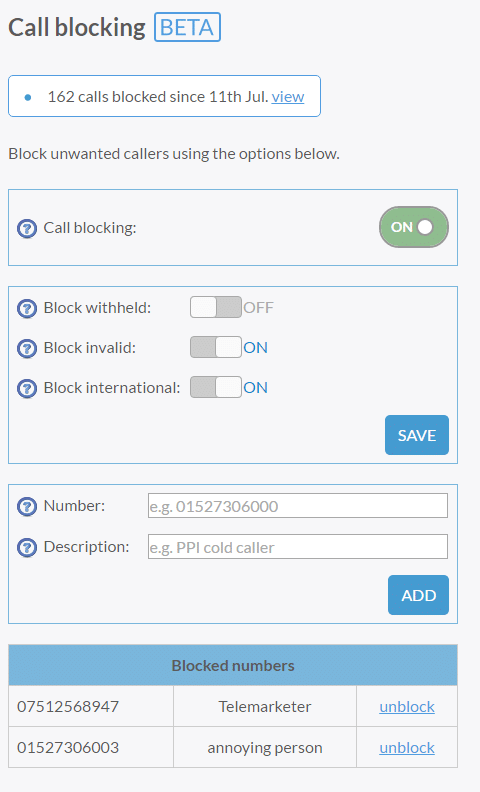 If a blocked caller attempts to call one of your numbers they will hear an announcement stating that you’re not accepting calls from that number and the call will be disconnected.

From the page you’ll also be able to view all of your recent blocked calls and unblock numbers if necessary:

Once call blocking is enabled, you’ll also notice when viewing your call history in the calls page, there’ll be a new option to block the individual numbers at the click of a button straight from the page:

When you’re running a telesales team, you want to get them making as many outgoing calls as possible. Problem is, manually dialling telephone numbers is prone to error and slow to boot. Wouldn’t it be easier if you could just click on the telephone number in your online CRM, sales app or helpdesk software and […]

A couple of years ago I blogged about my love of a book called The One Thing by Gary Keller. It transformed the way I work and helped me improve my productivity massively. Deep Work by Cal Newport is another great book along the same lines.  Cal’s book has some really interesting things to say […]